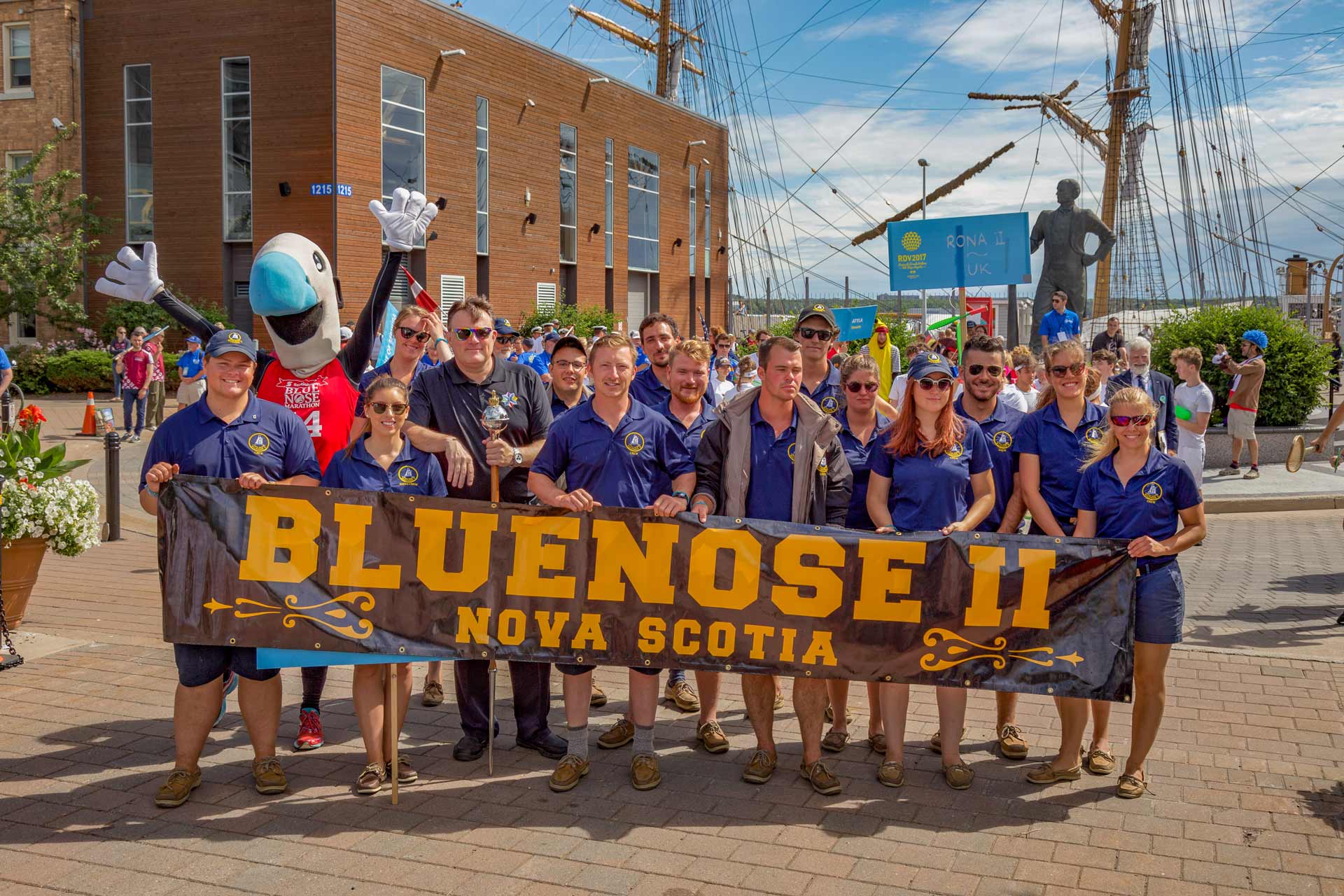 Bluenose II spends time in ports throughout Nova Scotia and beyond. A big part of the crew’s mission is to share Bluenose II with the public.

During daily visiting times, the deck is open for people to come on board and look around. Crew will answer questions and generally show off the vessel. People who have never seen a traditional wooden schooner like Bluenose II are often struck by its sheer size and beauty. On some occasions, Bluenose II might host special groups on board or offer day sails.

As part of Waterfront Development’s Visiting Ships Program, we’re excited to welcome Bluenose II to the Halifax and Lunenburg waterfronts for complimentary deck tours in 2016. Click here for the schedule to these waterfronts and other ports across Nova Scotia.