Industry, partners and tenants gathered on June 6 in Halifax, Nova Scotia, to launch the new Centre for Ocean Ventures and Entrepreneurship, known as COVE.

COVE is a world-class facility for applied innovation in the ocean sector and the only such hub of its kind in the world where start-up companies, small and medium sized enterprises, large firms and post- secondary expertise are housed together developing ocean technology. At least 40 organizations are expected to work out of COVE, with the first company, Kraken Robotics, moving in at the beginning of July. Read more here. 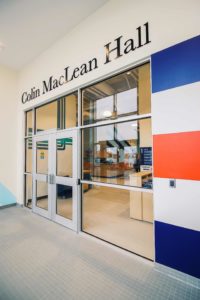 May 24, 2018
Momentum Grows as New Tenants Continue to Join COVE
Three more ocean technology companies have signed on to locate at COVE as the transformation of the site in Dartmouth nears completion. Read more here.

Ocean innovators will soon have a new place to work and collaborate, with the Centre for Ocean Ventures and Entrepreneurship, known as COVE, set to open this spring.

Five companies have signed tenant agreements for the new ocean hub located on the former Coast Guard site on the Dartmouth waterfront.

Taylor Widrig, Halifax, is one of the young innovators that will work out of COVE. Ms. Widrig is the founder and president of Mermaid Fare Inc., a company that specializes in the commercialization of seaweed. She started Mermaid Fare in 2013 and currently sells seaweed products locally and nationally.

“I am thrilled to be joining COVE,” said Ms. Widrig. “Working out of COVE will help my business continue to grow in an energy-filled environment. This is a chance for us to step up our game and bring Mermaid Fare to the next level.”

“COVE will help propel our ocean economy and give innovators the support they need to build great companies,” said Premier Stephen McNeil. “Nova Scotia has a world-class ocean sector and COVE and the ocean supercluster initiative will significantly increase our share of the global ocean economy and create jobs here at home, benefiting all Nova Scotians.”

“COVE will be a catalyst for economic growth in Nova Scotia and far beyond,” said Jennifer Angel, acting president and CEO, Waterfront Development. “Construction is nearly complete and we look forward to welcoming the world to COVE this spring.”

Other companies confirmed to work out of COVE include:
— Kraken Robotics Inc, a marine technology company that designs sensors for unmanned underwater vehicles
— Sensor Technology Ltd., a designer and manufacturer of piezoelectric ceramic products
— LeeWay Marine, a marine services company that helps others conduct hydrographic and geographical surveying by supplying vessels and crew
— Dominion Diving, a marine services company specializing in commercial diving and marine towing

COVE will host an exclusive preview for tenants, partners and other community members in early June. The public will also be invited to tour COVE on July 7. 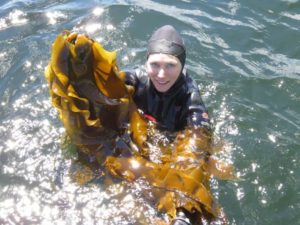