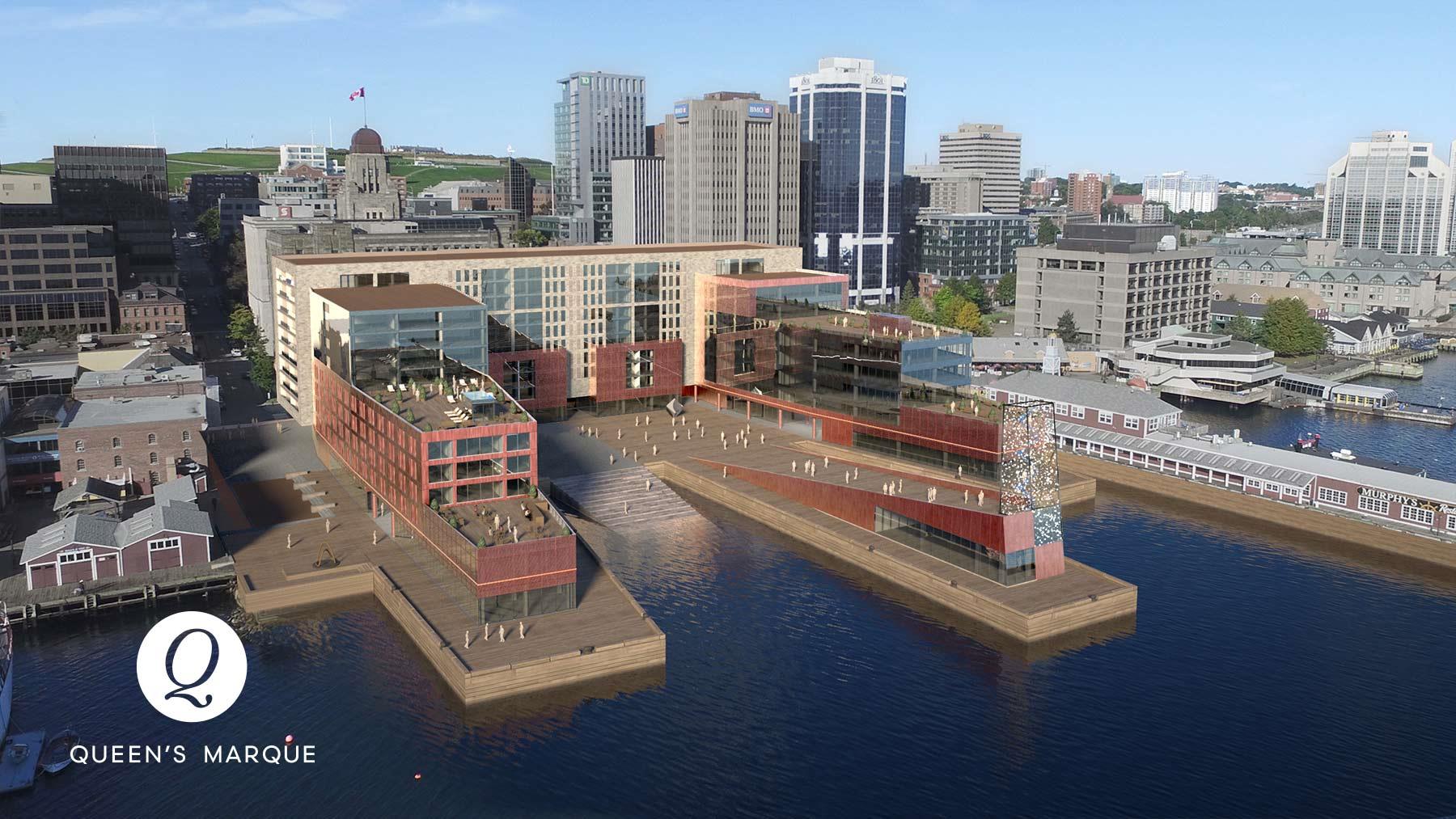 The first stage of the construction of Queen’s Marque was to create a cofferdam for the district’s underground parking. A cofferdam is a watertight enclosure that allows space to be created below the waterline. For Queen’s Marque a steel sheet pile (SSP) cofferdam was constructed around the site, essentially encircling the parkade structure which will be constructed two levels below harbour level. The top of the SSP cofferdam has been set at approximately +9.5 feet above Canadian Geodetic Datum (CGD) which will allow for high tide, a slight storm surge and modest wave height. The maximum recorded water level in Halifax Harbour during Hurricane Juan was about +7 feet CGD. The SSP cofferdam was driven to bedrock level to facilitate the excavation activity and dewatering of the interior of the cofferdam. The SSP cofferdam was installed as follows:

The cofferdam, now complete, will allow the Queen’s Marque district to provide over 300 parking stalls in a two-level underground parking structure. This nearly doubles the amount of parking stalls previously offered at the Queen’s Landing and Cable Wharf parking lots that were located on the site.