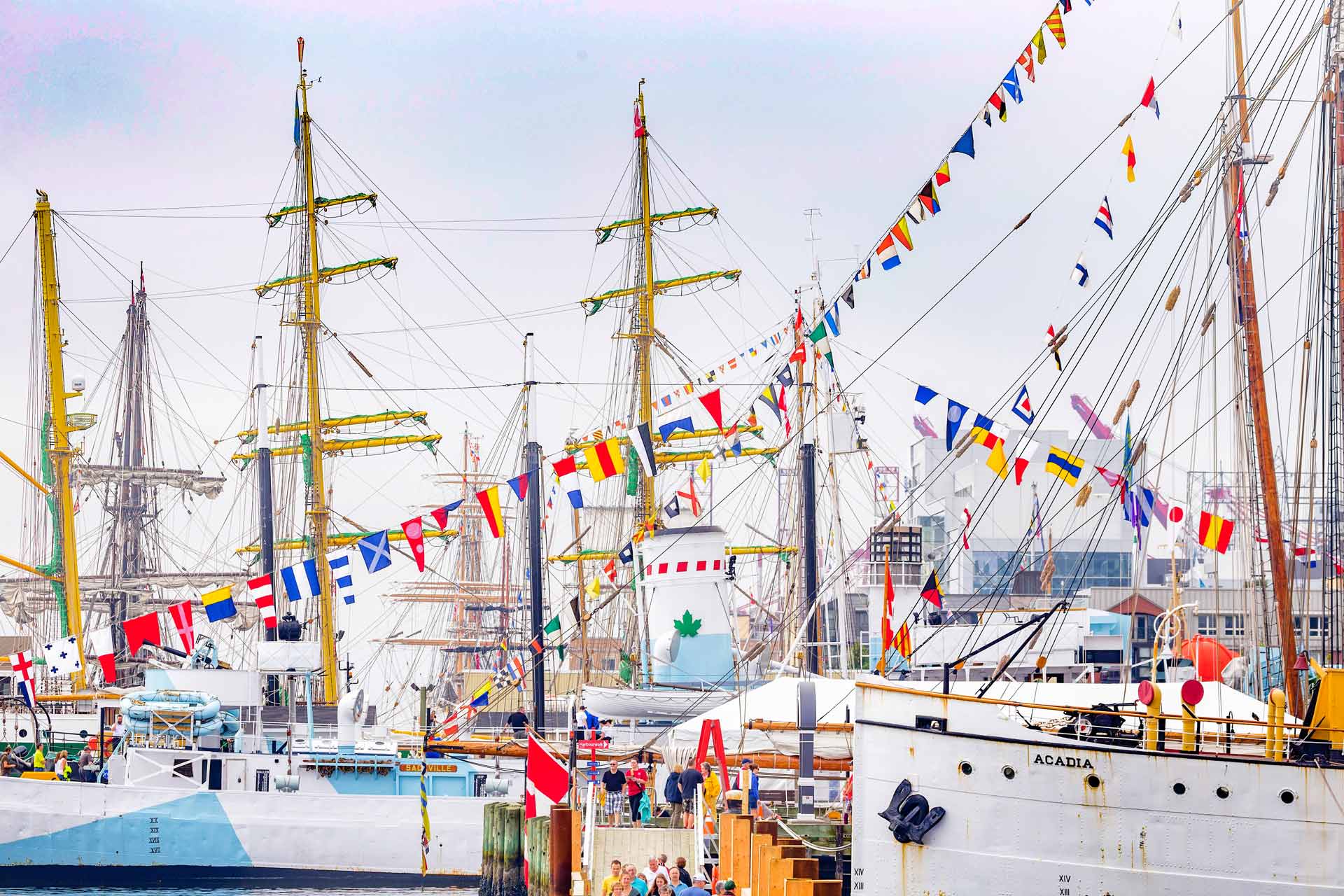 Interested in being part of the Tall Ships 2017 team? We are currently looking for Marketing Services, Sponsorship Manager, and Program Manager. RFPs close September 12 at 5 pm AST.

Rendez Vous 2017 Tall Ships Regatta is a 7,000-nautical mile transatlantic race, visiting six countries, and a key Canada 150 event. Nova Scotia is proud to participate as a RDV2017 venue. Our national icon and local sailing ambassador, Bluenose II, will also participate. Halifax will be the Canadian race start port and will send the ships on the last leg of this transatlantic race to Le Havre, France. An outport program is being developed that will see some of the ships visiting coastal communities in the province.

Nova Scotia has a proud tradition of hosting tall ships events and we are known internationally as a welcoming port of call. Tall Ships is a signature event for our province. Tall Ships Nova Scotia 2012 was an award-winning event, including Port of the Year (Tall Ships America) and a finalist for the Canadian Event of the Year through the Tourism Industry Association of Canada.

Tall Ships events attract significant visitation to Nova Scotia which creates positive economic impact, a platform for private sector business success and trade development, and is a touchstone for celebrating the pride of our people. Once again we will welcome the world to Nova Scotia. With programming on and around Halifax Harbour, and throughout the Province, we will celebrate our competitive advantage as a province – our ocean and coastlines – highlighted by home grown, high quality culinary, historical interpretation and entertainment programming – all of which are shaped by the sea.

Request for Proposals: WDTSPROG16
Tall Ships 2017 Program Manager: This Request for Proposals (the “RFP”) is an invitation by Waterfront Development Corporation Limited (“Waterfront Development”) to prospective proponents to submit proposals for the development and execution of the program for the events related to Rendez-Vous 2017 Tall Ships Regatta – Nova Scotia (“RDV2017”) as further described in the RFP Particular.