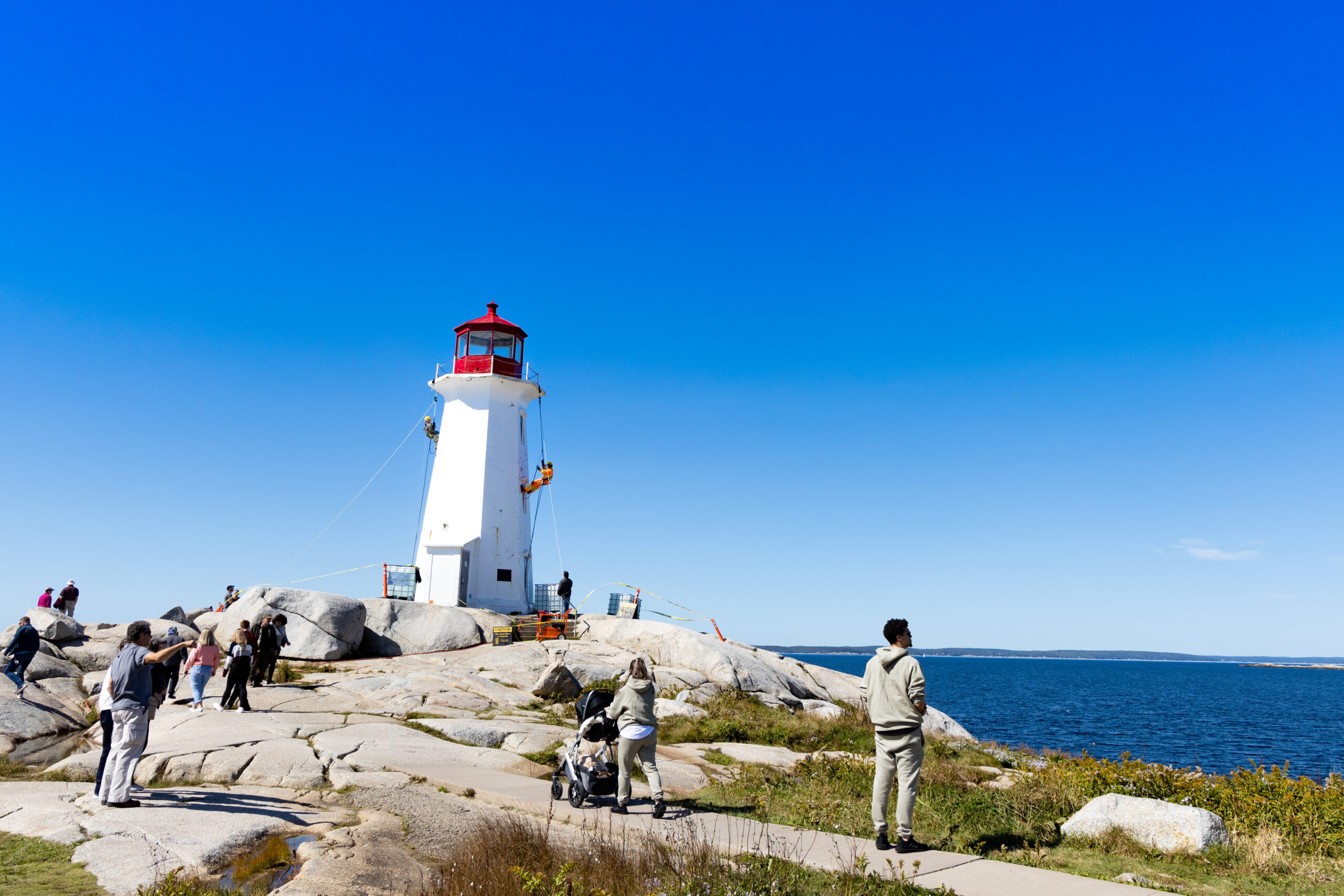 The Tourism Industry Association of Nova Scotia (TIANS) is pleased to be working in partnership again this year with the International Union of Painters and Allied Trades, District Council 39, Atlantic Provinces; the Federal Department of Fisheries and Oceans (DFO); and Develop Nova Scotia to oversee the restoration and painting of the Peggy’s Point Lighthouse in Peggy’s Cove, Nova Scotia.

The partnership with the Painters Union, which began in 2012, has seen Union leadership and members generously restore and paint the beacon on three earlier occasions. “This project can serve as a model for communities throughout Nova Scotia to work in partnership with one another,” says Darlene Grant Fiander, President of TIANS. “The Union has shown extraordinary leadership and a commitment to community service.”

“The quality of our tourism product is more important than ever as other destinations ramp up and reopen for visitation,” adds Grant Fiander. “As the Tourism Industry rebuilds coming out of COVID-19, partnerships like this can play a key role in conserving tourism infrastructure and assets. This work to paint the lighthouse aligns with other provincial efforts being undertaken by Develop Nova Scotia, to enhance Peggy’s Cove as a destination.”

With support from DFO, TIANS has signed a License of Occupancy Agreement with the Federal Government that will allow the painting to safely take place. The work is slated to begin immediately and scheduled for completion by the end of September.

“Our commitment to Peggy’s Point Lighthouse goes back nearly a decade,” said Jonathan Gaul, the Union’s Business Manager and Secretary-Treasurer. “This partnership provides our apprentices with a technical challenge in a practical setting, while giving back to the community and Nova Scotia.”

Peggy’s Point Lighthouse is the most photographed lighthouse in North America and reflects an important piece of the Nova Scotia brand. In an average year, the lighthouse is visited by approximately 700,000 visitors.

“The infrastructure improvement strategy that Develop Nova Scotia is leading in Peggy’s Cove was about the community and supporting its vision for a thriving, sustainable place that can welcome visitors and nurture locals,” says Jennifer Angel, President & CEO, Develop Nova Scotia. “And Peggy’s Point Lighthouse is an icon—it is a symbol of our maritime heritage, a beacon of home, and a protection for loved ones. Develop Nova Scotia is thrilled to support the partners that continue to lead the volunteer effort to give the lighthouse a fresh coat of paint.”

Working with partner associations and stakeholders, TIANS is committed to representing the best interests of the Industry; enhancing and supporting the development of a competitive business environment; advocating on issues critical to the Industry’s success; and most importantly, leading Nova Scotia’s most promising economic sector.