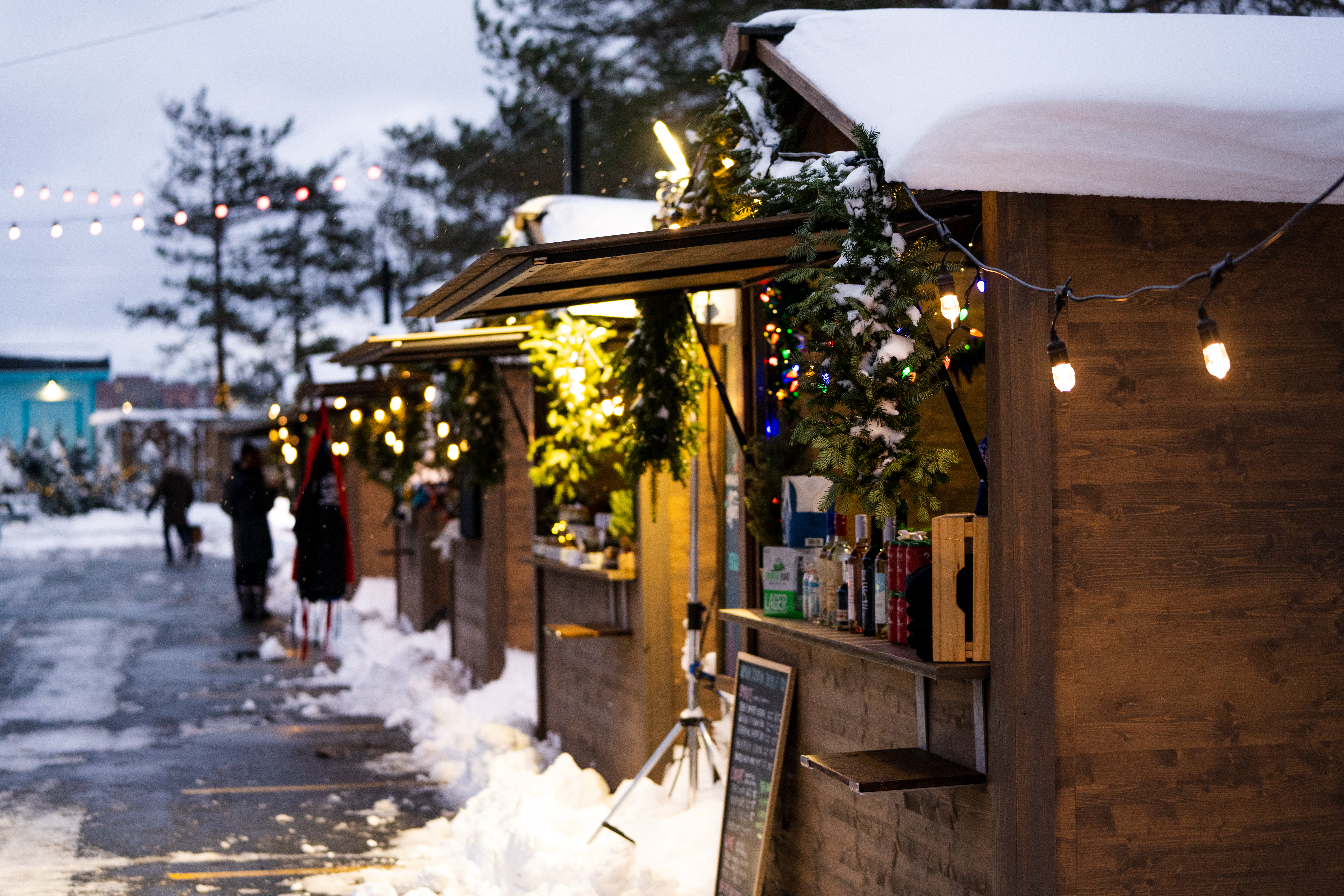 BDOs are a tool by which Build Nova Scotia selects partners for a wide variety of outcomes, experiences, and or deliverables. Strategic alignment with Build Nova Scotia’s mandate and best value for Nova Scotia residents and visitors will shape and define all BDOs.

Formal site visits are not normally compulsory. For operational reasons, Build Nova Scotia reserves the right to determine visit times (including ‘open house’ visits) and to restrict the number of site visits per Proponent and the number of attendees per site visit when they are scheduled and or required.

BDO responses should be submitted by completing the required schedules as identified in the BDO call. No other form of submission will be accepted.

As per the BDO call, only.

Amendment of Proposals Prior to Submission Deadline

At any time throughout the BDO process until the execution of a written agreement, a Proponent may withdraw a submitted proposal. To withdraw a proposal, a notice of withdrawal must be sent electronically to the BDO Contact by an authorized representative of the Proponent. Build Nova Scotia is under no obligation to return withdrawn proposals.

As per the BDO call.

BDOs will be assessed by a minimum of two evaluators using the BDO Selection Criteria listed within the call. Further selection criteria may be developed and may be added as an Addendum. Proponents should ensure their submissions contain proposals which provide all the information requested in the required schedules. Failure to do so may reduce the chances of your response being shortlisted and or selected.

Proponents should structure their proposals in accordance with the instructions in the BDO call. Where information is requested in the BDO, any response made in a proposal should reference the applicable section numbers of the BDO.

No Incorporation by Reference

References and Past Performance

Information in BDO Only an Estimate

Build Nova Scotia makes no representation, warranty or guarantee as to the accuracy of the information contained in the BDO or issued by way of addenda. Any quantities shown or data contained in the BDO or provided by way of addenda are estimates only and are for the sole purpose of indicating to Proponents the general scale and scope of the opportunity

Proponents to Bear Their Own Costs

The Proponent shall bear all costs associated with or incurred in the preparation and presentation of the BDO.

Proposal to be retained by Build Nova Scotia

Build Nova Scotia will not return the proposal, or any accompanying documentation submitted by a Proponent.

No Guarantee of Volume of Work or Exclusivity of Contract

Build Nova Scotia makes no guarantee of any future contract or with the successful Proponent.

Proponents may be required to be registered to carry on business in accordance with applicable laws. For information on the business registration requirements of the Nova Scotia Registry of Joint Stock Companies.

The status of a Proponent’s business registration does not preclude the submission of a proposal in response to the BDO. A proposal can be accepted for evaluation, regardless of (i) whether the company is registered, or (ii) whether its business registration is in good standing. However, a contract cannot be awarded unless the successful Proponent is registered and in good standing, in accordance with applicable laws.

Communication after Issuance of BDO

Proponents shall promptly examine all the documents comprising the BDO, and

All New Information to Proponents by Way of Addenda

Build Nova Scotia will notify the selected Proponent(s) in electronically.

Failure to Provide a Proposal for the second stage

In addition to all other remedies, if a selected Proponent fails to submit a Proposal or satisfy any other applicable conditions within thirty-one (31) calendar days of notice of selection, Build Nova Scotia may, in its sole and absolute discretion and without incurring any liability, withdraw the selection of that Proponent and proceed with the selection of another Proponent or cancel the BDO Process.

Execution of Agreement and Notification of Contract Award

No notification will be provided until Build Nova Scotia has completed the final negotiations with the successful Proponent(s).

Conflict of Interest and Prohibited Conduct

Build Nova Scotia may disqualify a Proponent for any conduct, situation, or circumstances, determined by Build Nova Scotia, in its sole and absolute discretion, to constitute a Conflict of Interest.

Build Nova Scotia may disqualify a Proponent, rescind an invitation to negotiate or terminate an agreement entered if Build Nova Scotia, in its sole and absolute discretion, determines that the Proponent has engaged in any conduct prohibited by the BDO.

Proponent not to Communicate with Media

A Proponent shall not, in relation to the BDO or subsequent detailed proposal or the evaluation and selection process, engage directly or indirectly in any form of political or other lobbying whatsoever to influence the selection of the successful Proponent.

Proponents shall not engage in any illegal business practices, including activities such as bid-rigging, price-fixing, bribery, fraud, coercion, or collusion. Proponents shall not engage in any unethical conduct, including lobbying, as described above, or other inappropriate communications; offering gifts to any employees, officers, agents, elected or appointed officials, or other representatives of Build Nova Scotia; submitting proposals containing misrepresentations or other misleading or inaccurate information, or any other conduct that compromises or may be seen to compromise the competitive process provided for in the BDO.

Build Nova Scotia may reject a submission based on past performance or based on inappropriate conduct, including but not limited to the following:

All information provided by or obtained from Build Nova Scotia in any form in connection with the BDO either before or after the issuance of the BDO:

Build Nova Scotia is subject to the Access to Information Act and Privacy Act. Copies of the Acts are available online here. The BDO document and all information gathered during the BDO process and the subsequent project, is to be treated as confidential. Any information pertaining to employees will be subject to the provisions of the Privacy Act. The Proponent will not make public nor divulge any information or material related to the project without prior written consent of Build Nova Scotia.

By submitting a proposal, each Proponent agrees that:

The government will soon begin looking for an operator for the historic Lunenburg Foundry to continue supporting the region's shipbuilding and maintenan… ...

The government will soon begin looking for an operator for the historic Lunenburg Foundry to continue supporting the region's shipbuilding and maintenance industry - a key component of its thriving waterfront.

September 15, 2022 — Halifax, NS: The Evergreen Festival will bring the spirit of the season to Halifax from November 25-December 18, 2022. Local businesses and organizations are invited get involved as Evergreen Market ve…

High-speed internet will reach another 40 Nova Scotia homes and businesses through scope expansion projects with Seaside Communications and Bell as part… ...

High-speed internet will reach another 40 Nova Scotia homes and businesses through scope expansion projects with Seaside Communications and Bell as part of the Internet for Nova Scotia Initiative. The locations are located…

July 29, 2022 — Halifax, NS: The government is helping homes and businesses get internet where there is no access to wired or wireless solutions. The Sa… ...

July 29, 2022 — Halifax, NS: The government is helping homes and businesses get internet where there is no access to wired or wireless solutions. The Satellite Internet Service Rebate program announced today, July 29, will…

July 5, 2022 — Halifax, NS: High-speed internet access will reach a further 273 Nova Scotia homes and businesses through a scope expansion project with Eastlink as part of the Internet for Nova Scotia Initiative. The expan…