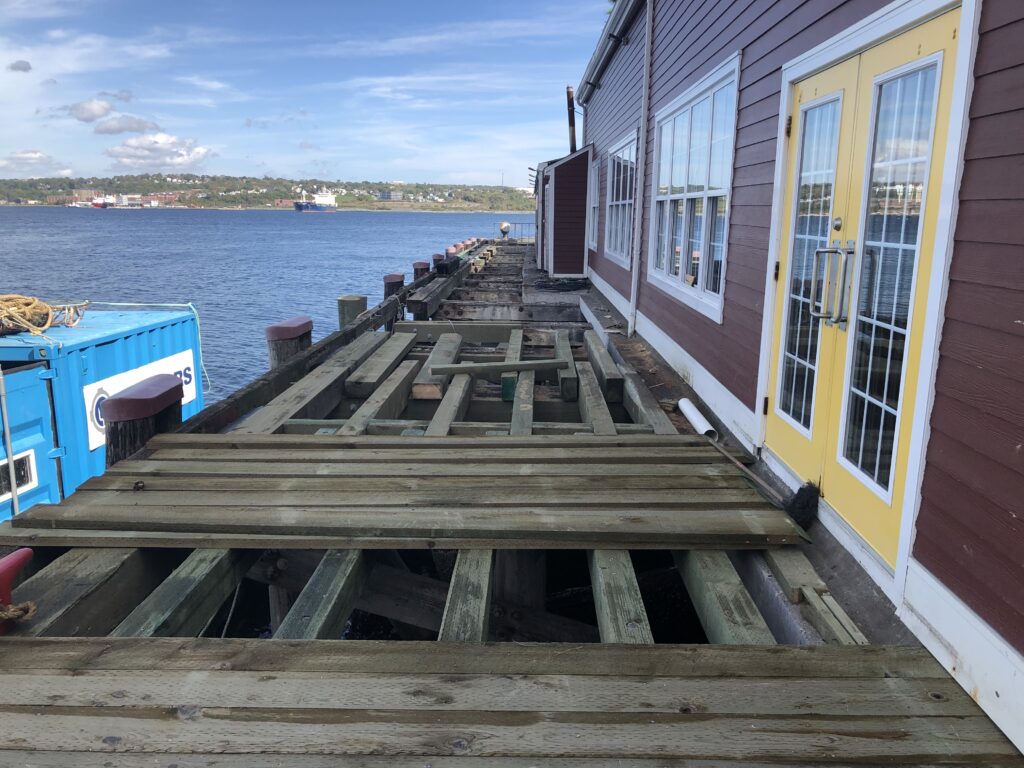 This investment will recapitalize the historic Cable Wharf and extend its life by 10 years. Improving this infrastructure will enhance public safety and enjoyment of the waterfront experience including the popular boardwalk, interpretation series, and views around the building.

Cable ships (known as the sea’s workhorses) were designed to lay and maintain cables. Crews often worked in treacherous weather conditions. The ships based at the wharf were Cyrus Field, Lord Kelvin, and Minia, which were part of the Titanic recovery effort.

Today the building is home to Nova Scotia based business Ambassatours/Murphy’s the Cable Wharf—a popular attraction for visitors and locals alike.