Located at the edge of the Halifax Harbour and bound by Prince, Lower Water and George streets, the Queen’s Marque district was developed and led by The Armour Group, in partnership with Build Nova Scotia, which will lead the programming for the area and operate the public space.

The Queen’s Marque district is located at the edge of Halifax Harbour and bound by Prince, Lower Water and George Streets. Known historically as Queen’s Landing, the site has a rich military, marine and mercantile past and has been at the core of Halifax since its founding in 1749. The development is led by Armour Group Limited, in partnership with Build Nova Scotia (a Nova Scotia Provincial Crown Corporation) who owns and maintains the public space.

The new public space is more than double what was previously in that area – from 3,827 square metres (41,200 sq. ft.) to approximately 9,270 square metres (99,800 sq. ft.), an increase of 41 per cent. This new landscaped, accessible and engaging public space was created, programmed and operated by Build Nova Scotia.

In addition to the new public space, the Queen’s Marque district includes retail, dining, office and residential space, as well as hotel and parking, representing an almost $200 million private investment in the waterfront. Focusing on Nova Scotian and regional elements of design, architecture and materials, the project supported local businesses, suppliers and others.

Read more about the official opening of the public space.

The commercial space at Queen’s Marque is designed to be one of the most progressive office buildings in the country and will have a distinct Atlantic Canadian character. With the sea almost touching the expansive windows, it facilitates a balance between productivity and creativity, much like the culture of Nova Scotia. 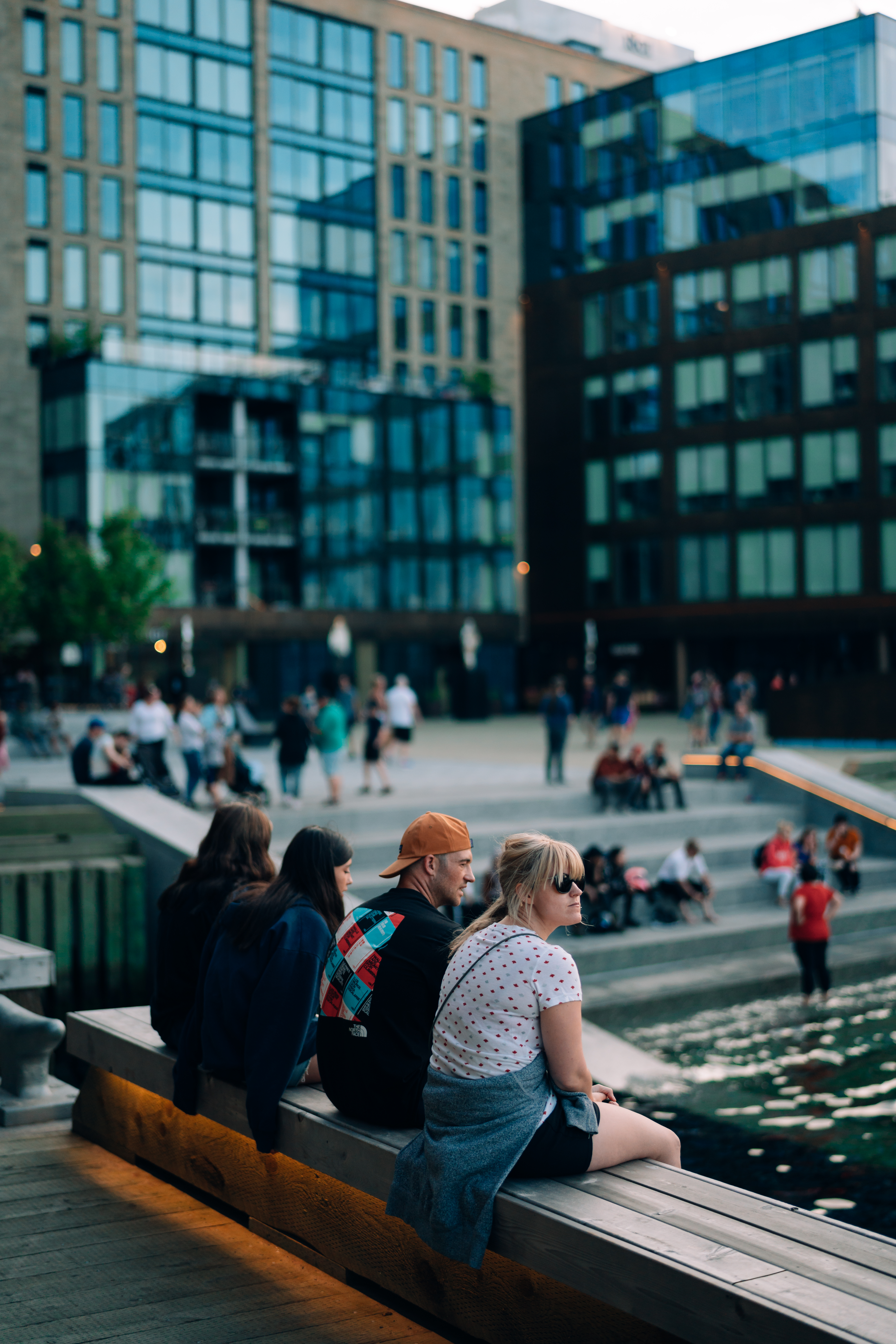 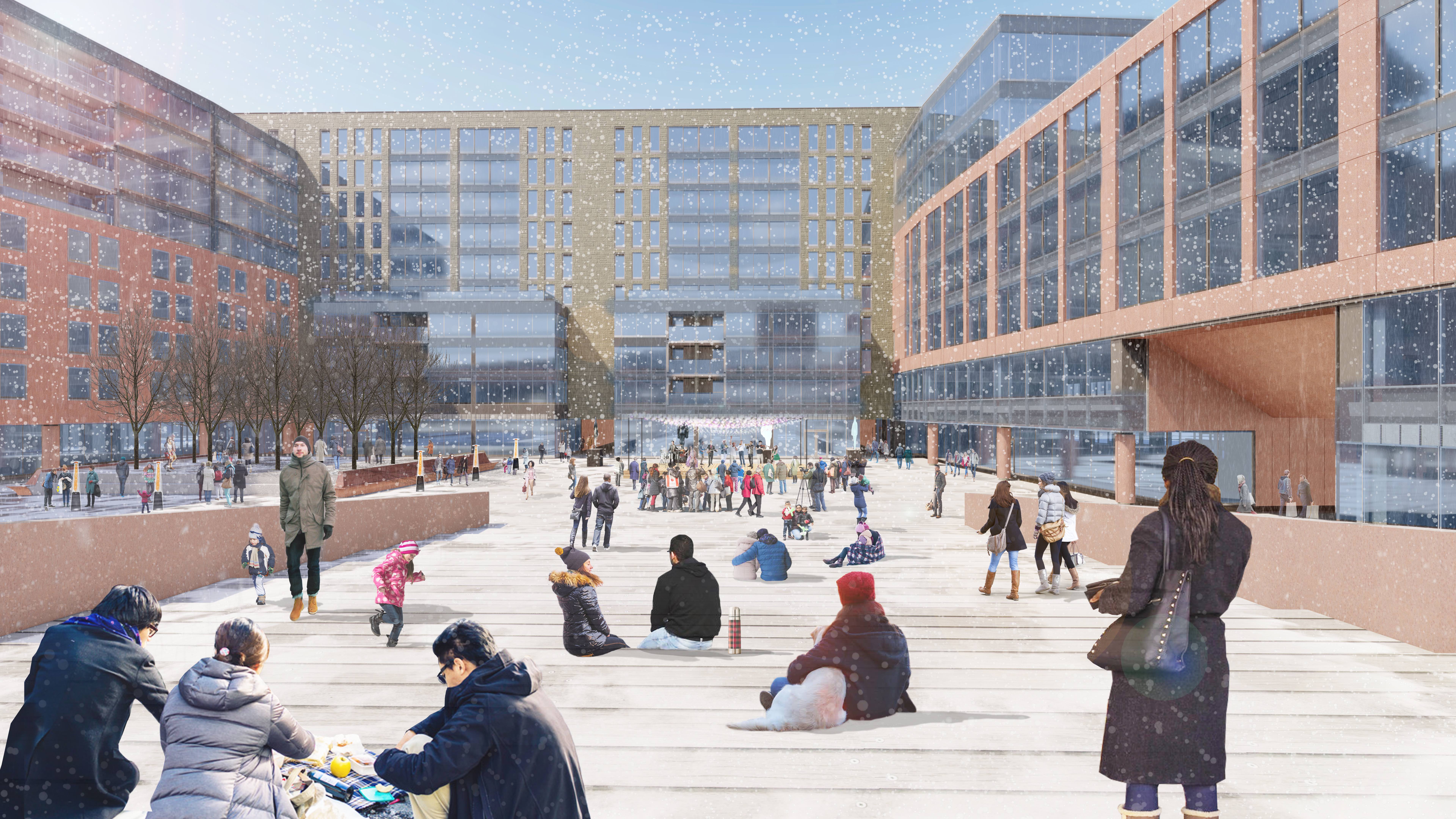 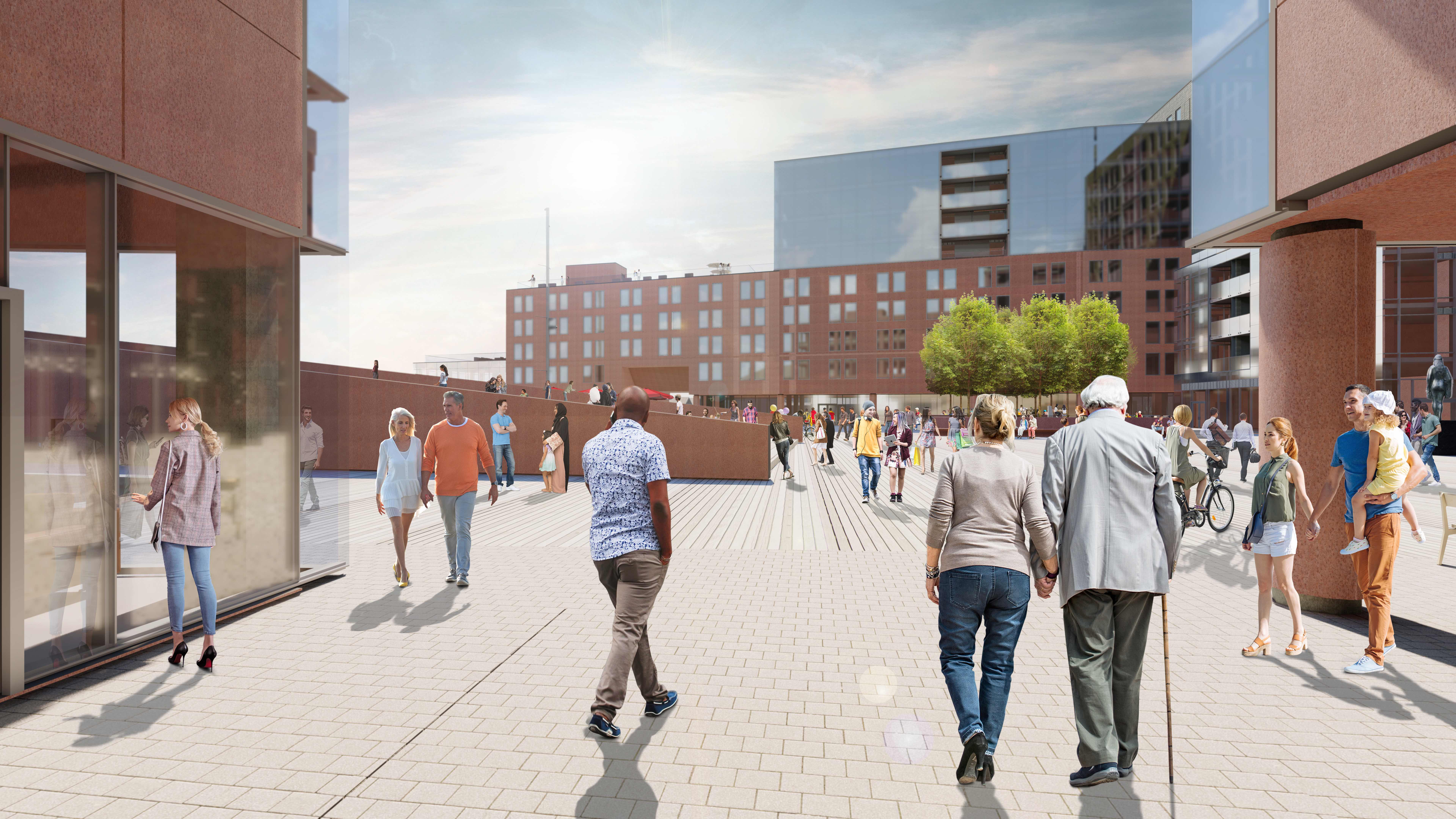 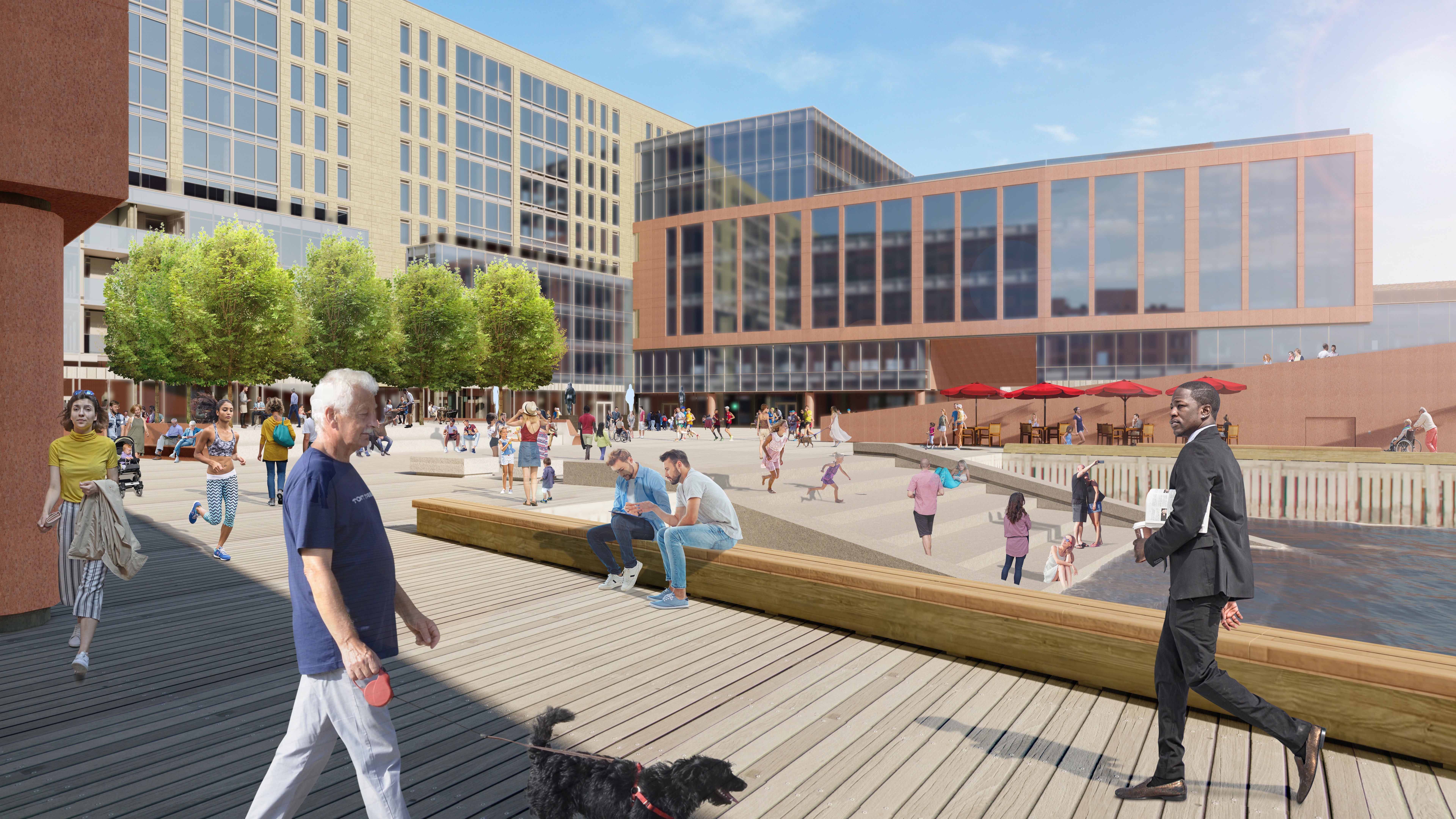 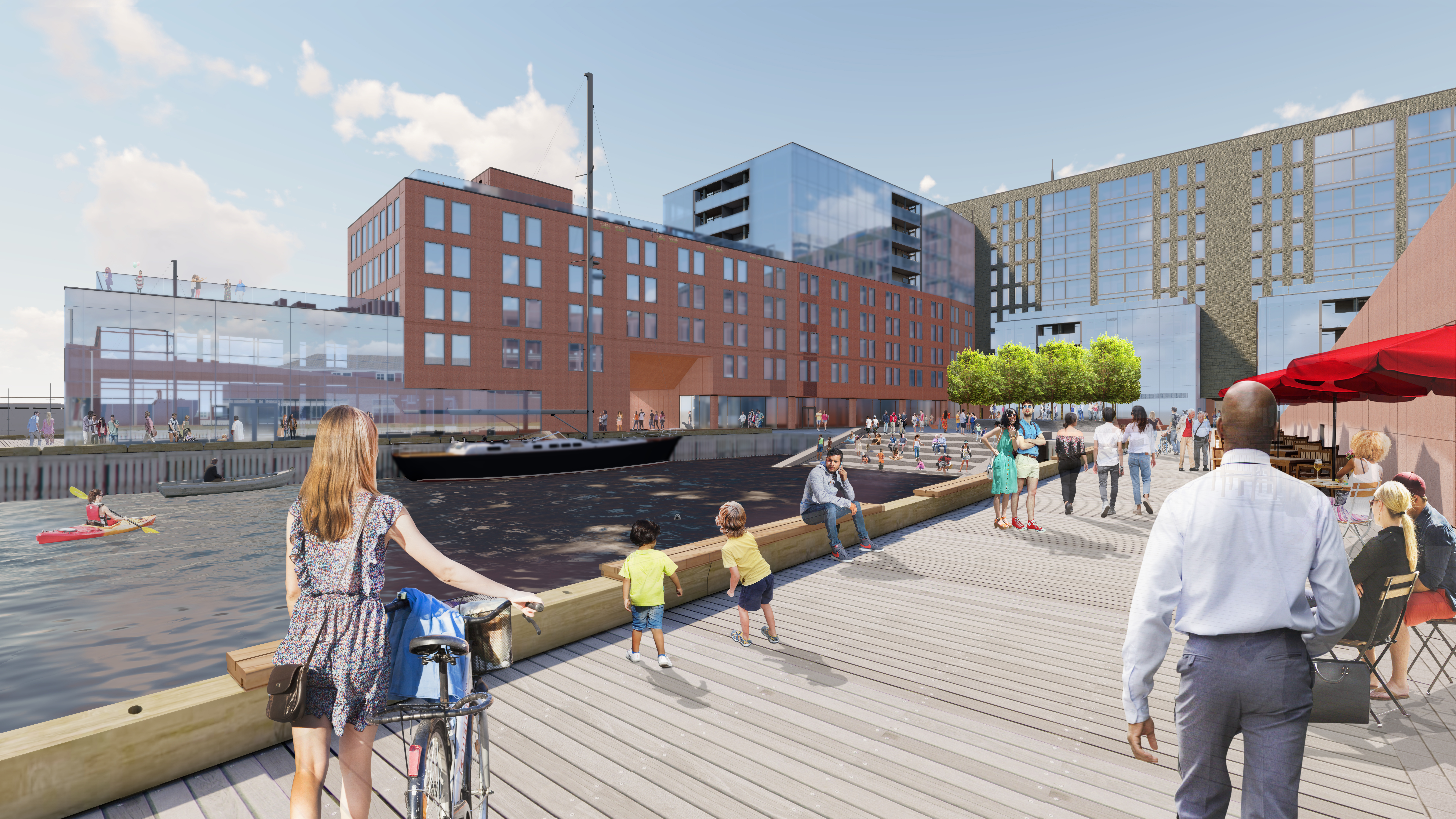