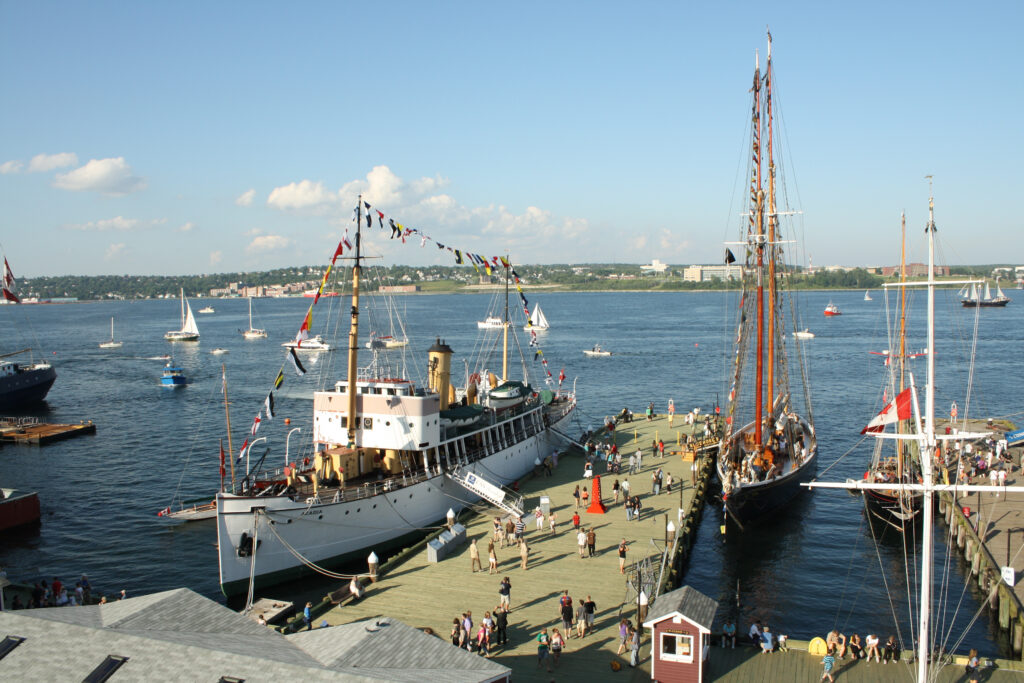 Work includes the construction of an 18 metre long extension at the east end of the existing Acadia Wharf inclusive of a ramped transition between the existing wharf and the new extension. This project also includes the construction of floats for future floating infrastructure, improvements to the electrical and water servicing as well miscellaneous work to accommodate a new berthing location of CSS Acadia, further to the east from existing location alongside the north of this wharf. All-new infrastructure is expected to be constructed to enhance accessibility and adapt to climate change projections. As a result, the new extension gently ramps up to the extended portion of the wharf, which is slightly elevated from existing.

This revitalization will improve the experience of museum-goers and waterfront users with enhanced access to both CCS Acadia and Bluenose II and increase opportunities for activation of additional in-water programming by Maritime Museum of the Atlantic.